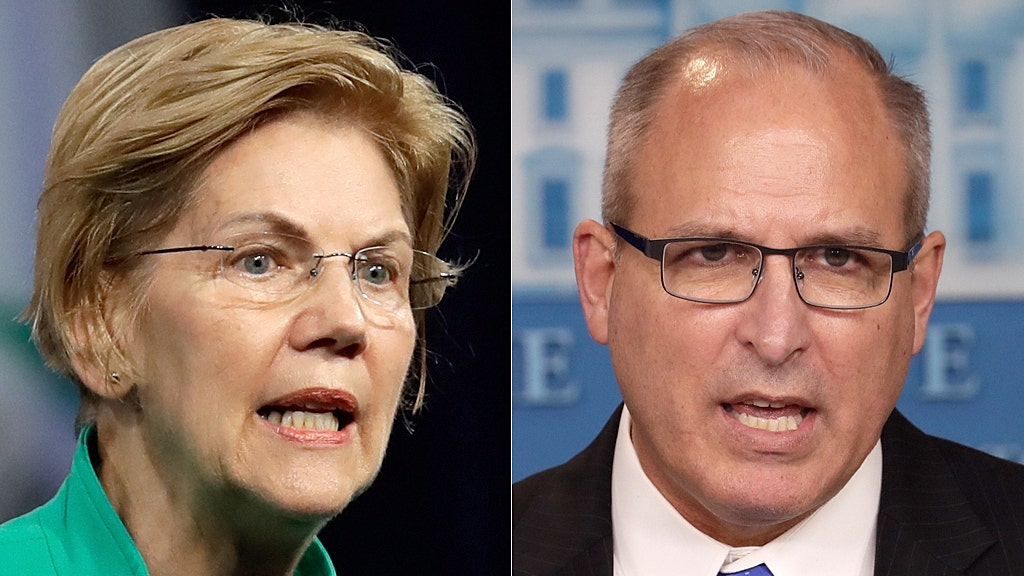 Morgan made the comment during an appearance on “Fox News @Night” on Wednesday after host Shannon Bream noted that one of Warren’s agencies wants a commitment from the Department of Homeland Security. Warren said he is concerned that federal agents will be used if Trump loses the next election and refuses to step down.

Warren said she “asked them to commit to not allowing Trump to use these forces in case he loses the election and does not want to leave office peacefully.”

Morgan washed up her comments.

“That’s pure politics,” Morgan said in response to Warren’s comments. “I won’t have to go into it. That doesn’t even deserve an answer.”

“It’s ridiculous and outrageous,” he continued. “What you’re seeing in Portland has nothing to do with those comments.”

Morgan went on to say that federal agents were in Portland to address absolutely a specific ongoing situation, and more than 60 days of targeted violence against federal buildings and federal law enforcement officers. That’s about it. ”

In an interview earlier this month on “Fox News Sunday,” the president refused to commit to accepting the election results in November.

TWO OF THE TWO, THEN GAS INJURED: NIGHT 62 IN PORTLAND GETS CLOSED MORE; TRUMP IN TALKS TO BRING FEDERAL OFFICIALS

“I want to see. … No, I’m not just going to say yes. I’m not going to say no, not even last time,” Trump said when pressed during his seated interview with host Chris Wallace.

The comment went viral, raising news scores and theories of what could happen if the president loses the November general election, but does not accept the results and does not give.

Morgan appeared on “Fox News @Night” a day before federal agents who clashed with protesters in Portland will begin a “phased withdrawal” from the downtown area, according to the Oregon governor. However, Morgan insisted Wednesday that federal agents will not leave Portland until they are confident there is no threat to federal property.

Kate Brown tweeted the Govt. An Oregon Democrat on Wednesday, “Following my discussions with VP Pence and others, the federal government has agreed to withdraw federal officials from Portland.”

“They acted as an occupying force and brought violence,” he continued. “As of tomorrow, all Customs and Border Protection and ICE officers will be leaving Portland Center.”

Acting Secretary of Homeland Security Chad Wolf said in a statement that he and Brown came into contact and reached a joint plan to end “violent activity in Portland directed at federal properties and law enforcement officials.”

“That plan includes the strong presence of the Oregon State Police in downtown Portland,” Wolf said. “Local and state law enforcement will begin securing properties and roads, especially those surrounding federal properties, that have been under attack at night for the past two months. Oregon State Police will coordinate with officers of the Federal Protection Service (FPS) to ensure that all federal facilities remain protected and secure. “

Wednesday Morgan reacted to Brown’s tweet by saying, “The secretary was as clear as his conversations and what was agreed upon.”

“The governor has authorized state police to work with the federal authorities side by side, side by side, to address the ongoing violence and anarchy on the streets of the city of Portland,” complete. “That’s what we have to do, what we’ve been doing for a long time, but we won’t let go until we’re absolutely certain that the threat against that court and inside officials is no more.”

“Until then, we will continue to be in Portland,” Morgan said.