Coronavirus in Oregon: 304 new cases and 8 more deaths, leaving the state in the deadliest way of the pandemic 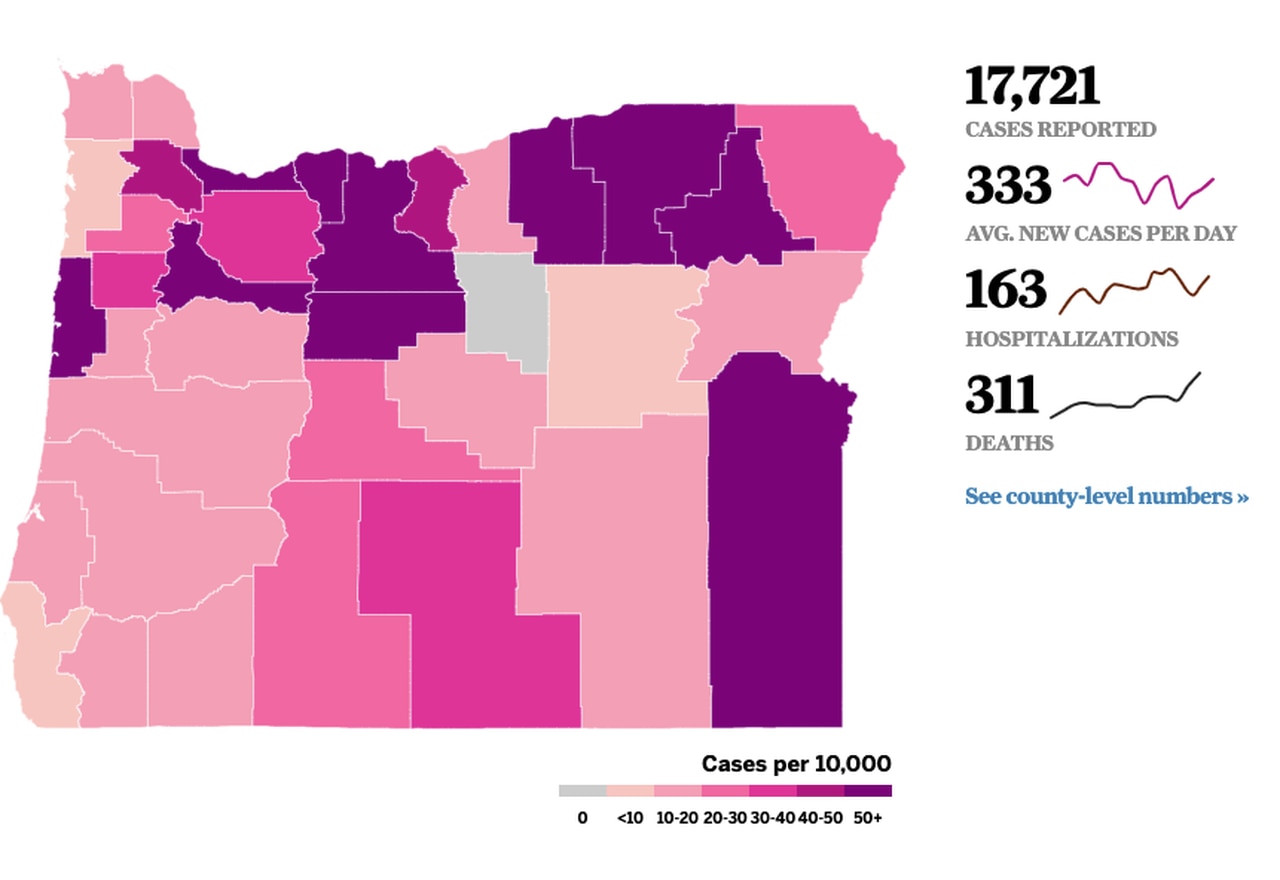 The Oregon Health Authority on Wednesday announced 304 cases of new coronavirus and eight other fatalities, forcing the state to increase the death penalty to record levels over the past few weeks.

At least 66 Oregonians have died since July 12, a figure that has already exceeded Oregon’s three-week killers from late March to April.

Oregonian / OregonLive is tracking coronavirus deaths weekly, using the date of death instead of the date when the death was reported by the health authority.

More than half of recent deaths have been concentrated among residents from only three countries: Multnomah (13), Marion (13) and Umatilla (12). The average age of all Oregon residents who died during that range was 77.

The number of coronavirus cases in Oregon has been steadily increasing since the end of May and is now averaging about 333 confirmed or suspected infections. They have been roughly plateaued since July 20th.

But deaths start identified cases, and the state often takes days or sometimes weeks to publicly report any deaths. A record number of Oregonians are currently hospitalized with confirmed cases of COVID-19 and the full range of fatalities from the state wave during the state weeks may not occur. clear for mid-August.

The reported deaths are rising across America, exceeding 1,000 a day, according to a database from The New York Times. While deaths nationwide remain below peak levels since April, according to the database, they are rising in at least 24 states – including Oregon.

New deaths: The death of 304 Oregon coronavirus is a 72-year-old man from Multnomah County with underlying health conditions. He tested positive 10 in July and died July 23 at his home.

The fatality 305 is a 90-year-old Multnomah County woman with underlying medical conditions. She tested positive July 23 and died July 27 at her home.

Oregon’s 306 deaths are a 94-year-old woman in Umatilla County with underlying health conditions. She tested positive July 22 and died July 28 at her home.

The 307 fatality is an 87-year-old Umatilla County woman with underlying medical conditions. She tested positive July 16 and died July 27 at her home.

Oregon’s 308 deaths are an 85-year-old Morrow County woman who tested positive on July 10 and died on July 21. State officials are confirming the location of her death and whether she had conditions underlying.

The 309 fatality is a 65-year-old man in J Jackson County with underlying health conditions. He tested 29 positive in June and died July 25 at Providence Portland Medical Center.

The 311 deaths are a 73-year-old Umatilla County woman with underlying health conditions. She tested positive on 21 June and died on July 19. State officials are confirming the location of her death.

Prevalence of infections: State officials reported 269 confirmed infections as of Tuesday from 6,463 people tested, equal to a positivity rate of 4.2%.

Who is in the hospital: Wednesday of the state reported 163 Oregonians with confirmed coronavirus infections are currently in hospital, up from 157 reported Tuesday. Oregon remains well below its capacity, with hundreds of hospital beds and ventilators available.

Since it began: Oregon reported 17,721 confirmed or suspected infections and 311 deaths, among the lowest total in the nation. To date, 393,249 Oregonians have been tested.

Subscribe to Oregon / OregonLive leaflets u podcasts for the latest news and best stories.